The Club is guided by local and international federations of women’s clubs.

NJSFWC and GFWC provide the framework of support that enables the Club to reach its goals.

Woman’s Club of Ramsey belongs to the Ramapo District of the New Jersey State Federation of Women’s Clubs, the largest volunteer women’s service organization in the state and part of GFWC.

NJSFWC partners with Douglass Residential College at Rutgers University. Douglass students enjoy the many benefits of the partnership, including NJSFWC-sponsored scholarship programs.

NJSFWC works to enhance the quality of life in local communities and statewide by transforming public interests and concerns into meaningful projects and programs. It affords every club member an opportunity to develop her individual skills, talents and abilities while supporting her local New Jersey community.

Working with local clubs, NJSFWC provides opportunities for education, leadership training, and community service, enabling Club members to make a difference in the lives of others.

The General Federation of Women’s Clubs is dedicated to community improvement by enhancing the lives of others through volunteer service. With nearly 80,000 members in affiliated clubs in every state, the District of Columbia, and more than a dozen countries, GFWC members support the arts, preserve natural resources, advance education, promote healthy lifestyles, encourage civic involvement, and work toward world peace and understanding.

GFWC clubs and clubwomen are the heart of not only the Federation, but the communities in which they live and work. They transform lives each day, not simply with monetary donations, but with hands-on tangible projects that provide immediate impact. With a grassroots approach that often thinks locally but impacts globally, GFWC, its clubs and members remain committed to serving as a force for global good, as it has done since its formation 129 years ago.

Founded in 1890, GFWC’s roots can be traced back to 1868 when Jane Cunningham Croly, a professional journalist, attempted to attend a dinner at an all-male press club honoring British novelist Charles Dickens. Croly was denied admittance based upon her gender, and in response, formed a woman’s club—Sorosis. In celebration of Sorosis’ 21st anniversary in 1889, Jane Croly invited women’s clubs throughout the United States to pursue the cause of federation by attending a convention in New York City. On April 24, 1890, 63 clubs officially formed the General Federation of Women’s Clubs by ratifying the GFWC constitution. Since 1890, GFWC’s impact has been felt throughout communities across the Unites States and the globe.

Today, GFWC consists of eight regions, each of which holds an annual conference in the fall, separate from the GFWC Annual Convention. GFWC has members in each of the 50 states, and state federations host individual conferences each spring. GFWC is comprised of nearly 3,000 local clubs, each of which works independently on various projects. We packed information about Ramsey, household tips and tricks, and more than 100 recipes into a 48-page booklet, What’s What In Ramsey. It’s $5 at Club events, $6 by mail. Send $6 to Womans Club of Ramsey, 17 Hopper Terrace, Ramsey NJ 07446.

Amazon will donate .5% of all sales made when you start your shopping at smile.amazon.com. You're going to shop -- why not support Woman's Club of Ramsey while you're placing your order?

Woman's Club of Ramsey meets from September through June on the fourth Tuesday of each month at 1 p.m. in the Fellowship Hall of Lutheran Church of the Redeemer, opposite the library. Email RamseyWomansClub@verizon.net for more information. 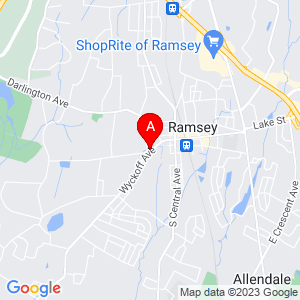