Our Performing Arts Day talk in 2022 told how Eva Perry Moore made a necklace of pins.

How To Make A Pin Necklace

Ladies – by a show of hands – how many of you like jewelry?

We want to tell you about a former president of the General Federation of Woman’s Clubs who liked jewelry so much that she traveled more than 75,000 miles to make a special necklace.

Her name is Eva Perry Moore, and she was president of GFWC from 1908 to 1912. After she graduated from Vassar, she held leadership positions in more civic and charitable organizations that I can remember – most of them are mentioned in the little leaflet we’re handing out today.

As GFWC President, Eva visited nearly every state in the Union to support women’s interests in education, workplace safety, civic planning, and uniform marriage laws. She went to Baltimore to speak at a suffragette convention. She joined President Taft and his wife on a trip to meet women’s clubs in Panama. She campaigned with President Wilson to get support for the League of Nations, and she journeyed around the world for the International Council of Women. With her commitment to increasing communication among women’s groups, it’s no wonder that she established the first fund to allow GFWC chairmen to travel more extensively.

Eva collected Federation pins everywhere she went, and she put 20 of them on a necklace to remind her of her many trips on behalf of women’s clubs everywhere. Her daughter donated the necklace to GFWC headquarters, where the pins are on display.

We thought you’d like to see the pins and read her story. And, in the leaflet, we suggest that you make your own necklace. It’s easy to collect pins – from NJSFWC and GFWC websites, from other clubs, from eBay.  And you can make a necklace, or wear them on a ribbon, or turn them into a hatband. Just show them off, so that everyone will know you’re part of a woman’s movement that has been serving the world for more than a century.

Eva Perry Moore, GFWC President from 1908-1912, visited nearly every state federation, gathering pins from women’s clubs to create a special necklace.  That necklace is a testament to Eva’s willingness to  travel to organize women for social reform.

Eva was born on July 24, 1852, in Rockford, Illinois, where her schoolmaster father was later elected mayor. After graduating from Vassar in 1873, she traveled extensively in Europe. She married mining engineer Philip North Moore in 1879 and had two children. Her husband’s work caused the family to move around the country for ten years until they settled in St. Louis in 1889.

And then Eva Perry Moore became president of GFWC. She traveled 75,000 miles, supporting a wide range of interests: vocational education in public schools, workmen’s compensation, safety for factory and mine workers, prevention of white slave traffic, conservation, creation of a federal bureau of national parks and of a children’s bureau, cleaner journalism, a pure-food law, good roads, roadside planting, an employers’ liability bill, women as police and immigration officers, hygiene in public schools, and uniform marriage laws. She was widely respected for her modest demeanor, zeal for service, upstanding character, and leadership abilities.

Eva spoke at the National American Woman Suffrage Association convention in Baltimore in 1906. She saw the advantage of promoting reform while seeming to keep women’s clubs above politics: ”We have no platform unless it is the care of women and children, and the home, the latter meaning the four walls of the city as well as the four walls of brick and mortar.”

In 1909, President William Howard Taft and his wife invited Eva Perry Moore to attend a meeting of the Panama Canal Zone Federation of Women’s Clubs. She established the first endowment fund to allow GFWC chairmen to travel more extensively to improve communications.

Eva was widowed in 1930. She died in St. Louis in 1931, at the age of 78, three days after returning from the Vienna conference of the International Council of Women, where she was awarded an honorary vice-presidency.

Eva’s daughter, Elizabeth, donated her necklace of pins to GFWC headquarters, where it is now on display, a reminder of Eva Perry Moore’s devotion to service. 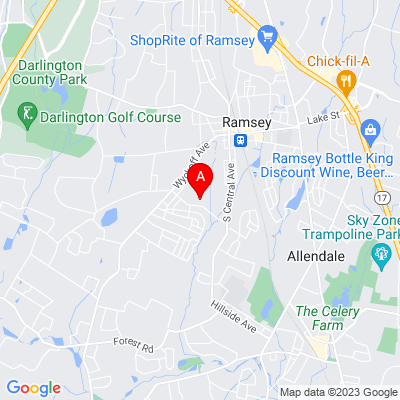