A castle-like tower honors clubwomen who saved the Palisades.

On Performing Arts Day in 2020, we talked about the Monument and distributed keepsake leaflets.

The watchtower was dedicated on April 30, 1929. A commemorative plaque on the tower reads:

“This Federation Memorial Park and this structure are dedicated to the successful efforts of the New Jersey State Federation of Women’s Club and of these men and women who aided in the opening years of the twentieth century in preserving these Palisades cliffs from destruction for the glory of God who created them and the ennobling of the generations which may henceforth enjoy them.”

A monument that looks like a little castle sits on a hilltop in Palisades Interstate Park. It’s a tribute to the vision and hard work of the New Jersey State Federation of Women’s Clubs.

The Palisades are a line of cliffs along the west side of the Hudson River. The word Palisades come from the Latin word palus, meaning a stake. To a soldier, a palisade is a defensive wall made up of stakes or tree trunks. The Lenape Indians called the Palisades “rocks that look like rows of trees,” and their Indian word for that was Weehawken.

Two hundred million years ago, the Palisades were created by Mother Nature, a strong woman. Just 120 years ago, it took a few more strong women to save them from destruction.

The Palisades cliffs are made of diabase, a valuable volcanic rock similar to basalt, that erupted in a weak spot beside the river. Diabase has many industrial uses — it goes into concrete and roadbeds, and it’s the rock packed under railroad ties. By the 1890s, there were half a dozen quarrying companies along a 12-mile stretch of the river, and there was real concern that the cliffs could be dynamited out of existence.

The Woman’s Club of Englewood decided to take up the cause. They rallied the other women’s clubs in the state, began a letter-writing campaign, and enlisted the help of their influential husbands. They even convinced the New Jersey State Federation of Women’s Clubs to hold its 1897 convention in New Jersey and brought the leaders out in a yacht to view the devastation. But the quarries just speeded up the destruction — in March 1888, three tons of dynamite brought down Washington Head and Indian Head in Fort Lee.

Although the quarries were big business, the women kept up the pressure on state legislatures. They succeeded in getting the governors of New York and New Jersey to form the Interstate Park Commission. J.P. Morgan helped buy out the quarries, and the women’s clubs raised funds to buy land along the Palisades. At last the destructive dynamiting came to a halt, and Palisades Interstate Park was created.

Today, if you walk along an easy hiking path called Women’s Heritage Trail, you’ll come to 50  acres known as Federation Park, in honor of the New Jersey Federation of Women’s Clubs. And in the center, you’ll see a quaint stone watchtower overlooking the Hudson. It looks like a small castle, and it’s built to resemble the ancient watchtowers that guarded the Rhine in Germany. The tower honors the women who guarded the river that poets called America’s Rhine — the women who stopped the quarrying industry from blasting apart the Palisades cliffs.

The watchtower is assembled with massive stone bricks. That may not seem feminine, but it couldn’t be more appropriate to honor the strength of the many women who assembled to build a scenic park that would last for generations to come.

Woman's Club of Ramsey meets from September through June on the fourth Tuesday of each month at 1 p.m. in the Fellowship Hall of Lutheran Church of the Redeemer, opposite the library. Email RamseyWomansClub@verizon.net for more information. 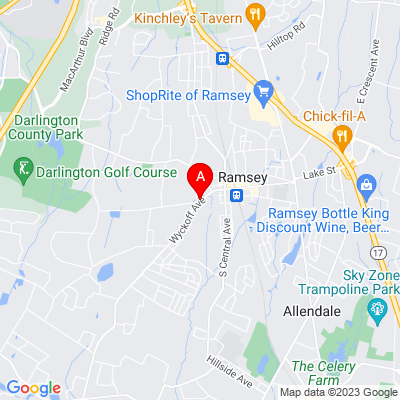