For more than a century, we helped make Ramsey a wonderful place to live.

The Club focuses on local organizations that improve our town.

On September 12, 1907, before women had the right to vote, and before Ramsey was incorporated, a group of women got together to establish the Village Improvement Association. Its goal was to make the community a better place for all residents.

Six committees were formed to address the needs of the newly developing town:

The Library Committee acquired books and opened a small library in a private home, thus creating and founding the first Ramsey Library.

The Railroad Committee helped to set up a waiting room to accommodate passengers at the train station.

The Children’s Auxiliary provided awards to schoolchildren similar to the scholarships provided today.

The Finance Committee raised funds for a wide range of community improvement projects.

The Parks Committee recognized the need for a town park. Through their efforts, land was donated to create Bonny View Park. This park, known as Veterans Park at Bonny View, proudly displays memorials to our veterans.

The Club held several fundraisers to obtain an ambulance for Ramsey’s newly formed EMD. On Sunday, April 12, 1953, a dedication ceremony was held, and the keys to a new Cadillac ambulance were presented to the first Ambulance Corps. Subsequent contributions have been made throughout the years to assist with additional expenses as needed, such as the purchase of gurneys, defibrillators, and other items. Several years later, in 1969, the Fire Chief was awarded his first Chief’s Car.

Helping the youth of Ramsey has been another accomplishment. The women made donations to the Girl Scouts for the purchase of tents and equipment for Camp Suraci. The Woman’s Club and the Junior Club established a Youth Employment Service so interested teenagers could obtain part-time and summer employment; it continues to operate today.

Members of the Woman’s Club were able to save the Old Stone House through their untiring efforts in writing letters to highway commissioners and in gathering petitions. A landmark of pre-revolutionary days, the Old Stone House was rescued from demolition and established as a historic local museum. These efforts later resulted in the founding of the Ramsey Historical Association to preserve the history of the area.

Members devote many hours to volunteer efforts, which have resulted in significant contributions to the Ramsey community and local organizations. The Woman’s Club of Ramsey has exceeded the goals established by its founders. We recognize our history, support and develop the leadership skills of our members, and prepare for the future as we continue to make Ramsey a wonderful place to live.

Woman's Club of Ramsey meets from September through May on the fourth Tuesday of each month at 11 a.m. at the Ramsey Community Center, 75 E. Oak St., Ramsey NJ 07446. 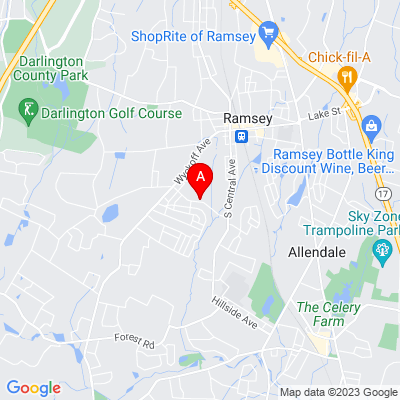